Get the text out of your current text editor window and paste it into http://patorjk.com/keyboard-layout-analyzer/#/main. Now click the ‘See Which Layout is Best’ — no wait…

Before you click I’m going to make a prediction.

Lowers lights for an air of mystery, raises one eyebrow, stares deep into your soul

Here goes: QWERTY will not be the top layout.

Ooooooohhhhhhh….. from the intrigued crowd

gasps from the audience, a man feints into the aisle

I know, my skills are spooky aren’t they?

The fact is, by whichever metric you choose to measure (and there are a few to look through, and other tools you can try too), QWERTY is not a very efficient layout for the keys we press on a day to day basis.

So, it seems obvious QWERTY is inferior. What’s less clear is how it came to be in the first place. Some say if was due to the mechanics of typewriters; the need to space certain letters further apart – but the evidence there seems a little anecdotal.

Regardless, it’s a little easier to understand why it is still the de facto standard of key layout for keyboards — that’s simply because it always has been. It is certainly ‘good enough’ and the installed user base makes it impossible to displace.

Plus, whilst there may be gains to be had switching away, it would be stretching credibility to suggest that a keyboard layout was holding anyone back.

I don’t recall how I got to looking at how efficient or not QWERTY was, however, over the Christmas break, I got to thinking. Maybe I should try a different layout? I mean, I’ve always been slow at typing. Sure, I ‘look’ competent and obviously get by fine but if I analyse my typing at somewhere like Monkeytype, I make lots of mistakes. Even on a good day, my accuracy bounced around 80-85%. And that bothered me.

Now, previously I had promised myself to stop dicking around, and at the outset, it certainly felt like swapping keyboard layouts was in that category of time wasting, but… I have mitigating circumstances. At least that’s the deal I made with myself; I’m afraid I played the ‘I’ve got a missing finger now’ card and told myself I needed to get better because I was now even slower and this may help to compensate. This could be a valuable long term investment.

Isn’t it amazing the little stories we tell ourselves? Or is that just me?

I can save you some time here. They are all so much more efficient than QWERTY, that switching away from QWERTY is the biggest single gain you can make. The difference between all the alternate layouts is far more ‘academic’.

Colemak was my preferred option, mainly because there was a minimal amount of keys moved from QWERTY, and perhaps most importantly, the bottom row, including ‘C’ & ‘V’ were in the same position. That meant things like copy and paste wouldn’t be affected. Let’s face it, without copy, paste and Stack Overflow, I’m finished!

So the important point here is obviously, do your own research. Then choose Colemak 😉

Which is what I did. Once Boxing Day was done I decided to try Colemak. And touch typing. And switch to an ortho-linear split keyboard…

In for a penny.

There are presets for Dvorak and Colemak in all the major OSs, so getting your computer to recognise either of those two layouts is straightforward. You can then type away in that layout. And that’s fine if you are happy to have many of your alpha keys showing legends that aren’t what you are typing.

However, unless you have a mechanical keyboard, swapping keys around on your keyboard can range from annoying to impossible. I know that some people actually flick the ‘chicklet’ keycaps off their laptops and stick them back in their new position! I was fortunate enough to have a keyboard or 5 where it’s easy to swap keycaps.

One thing I am certain of, you need to ensure you have a set of homing keys in the ‘N’ and ‘T’ position which are the homing keys on the home row for Colemak.

If you don’t have specific Colemak homing keys – and why would you – I’d definitely advise leaving your ‘F’ and ‘J’ keys where they are even if you move the other keys. One thing I learned the hard way, and was suitably schooled in the Colemak Discord, is that having two homing keys in the right place is infinitely more useful than having the correct key label in the correct place – especially when you’re trying to touch type.

The slow pain of switching

I’d tried touch typing before with QWERTY but never managed to break the 30-odd years of bad habits I’d built up. Moving to Colemak allowed me to learn touch typing because it forced me to first ‘empty my cup’.

To begin with I used keybr.com – this is a great tool for etching new muscle memory. Rather than give you endless blocks of text to type, it gives you sets of pseudo words with common character patterns in the English language, then gradually introduces more and more letters and combinations until you have covered the entire alphabet.

After a few weeks of I started to tire of keybr and started to use my favourite typing training/testing site, monkeytype. It’s a site that not only looks fantastic, but also packs in a colossal amount of functionality. My favourite way to use it is the short quotes because aside from being more manageable chunks to type, it’s fun to try and guess what each quote is from.

My progress was painfully slow, I’m talking 8WPM slow. I’ve read about people that crack learning a new layout in about 2 weeks but that was certainly not my experience. Thankfully there were enough other people telling me it would take a couple of months that I had expectations that somewhat matched my reality.

That said, for weeks I was starting to think my brain just couldn’t handle the switch. But it did eventually. I felt an odd satisfaction when gradually, many days and weeks after starting, new patterns for Colemak started to make themselves apparent. That odd sensation of your brain knowing what to do before your conscious mind can process it, is always a wonder to me. Like those occasions when you pull into the drive of your home and realise you have no conscious recollection of the journey; it all having happened on auto pilot. What an incredible bit of kit – lets have a big shout out for brains!

Is Colemak better? And what about the ortho-linear layout?

I think it’s obvious as soon as you start writing with Colemak that it is significantly ‘better’ than QWERTY. The difference in how little your fingers move around to type what you type day to day is marked. Is it going to revolutionise your working life? Of course not. Is it going to make typing in future easier for the rest of your typing days – definitely.

The reduction in finger movement Colemak facilitates might also be worth considering if you suffer with RSI.

I also went to extra weird lengths by adopting an even more obscure variant of Colemak called ‘DHm’ which principally moves the oft used ‘D’ and ‘H’ keys to easier to reach positions.

Many testify to an ortho-linear layout, Colemak or otherwise, being more comfortable than staggered but I couldn’t endorse that point of view. It’s certainly no worse than staggered, but I’m not sure it is better either.

I’m just over two months in to using Colemak. Generally speaking, I’m at about 35WPM with 95-98% accuracy. Distinctly average in the scheme of typing speed but better than where I ever was, accuracy wise with QWERTY. I do find I have to dial my sights in at the beginning of each day a little or I go back to being sloppy.

The process was hard. Being in my forties with the brain elasticity of a stick, no doubt my progress would seem glacial next to someone younger who gets to sleep more than 6 hours a night and is able to dedicate more meaningful, deliberate practice to the transition.

If you think an ortho-linear layout looks odd, consider a calculator or number pad on a full size keyboard doesn’t cause any issues!

So, for the foreseeable, Colemak is going to be the way I roll.

But is it worth it?

That is a difficult question. From a satisfaction point of view, yes. But that’s the same with overcoming any challenge you set yourself. As a way to force myself to learn to touch type. Absolutely. I’d tried and failed to do this a couple of times with QWERTY and this ‘cold turkey’ method worked for me.

But what about QWERTY? It’s everywhere, right? I’m lucky because I rarely, even in pre-covid times, needed to use someone else’s keyboard. If I did have to do that regularly, I don’t think having Colemak in my brain would be that useful.

You can certainly still use QWERTY, it just feels a bit like if you put your Grandma’s glasses on to read a book. It’s a compromised experience. Although oddly, doing the ‘drag around’ text input method on iOS is completely unaffected by this brain rewiring.

If you consider switching from QWERTY to another layout, here is my parting advice: 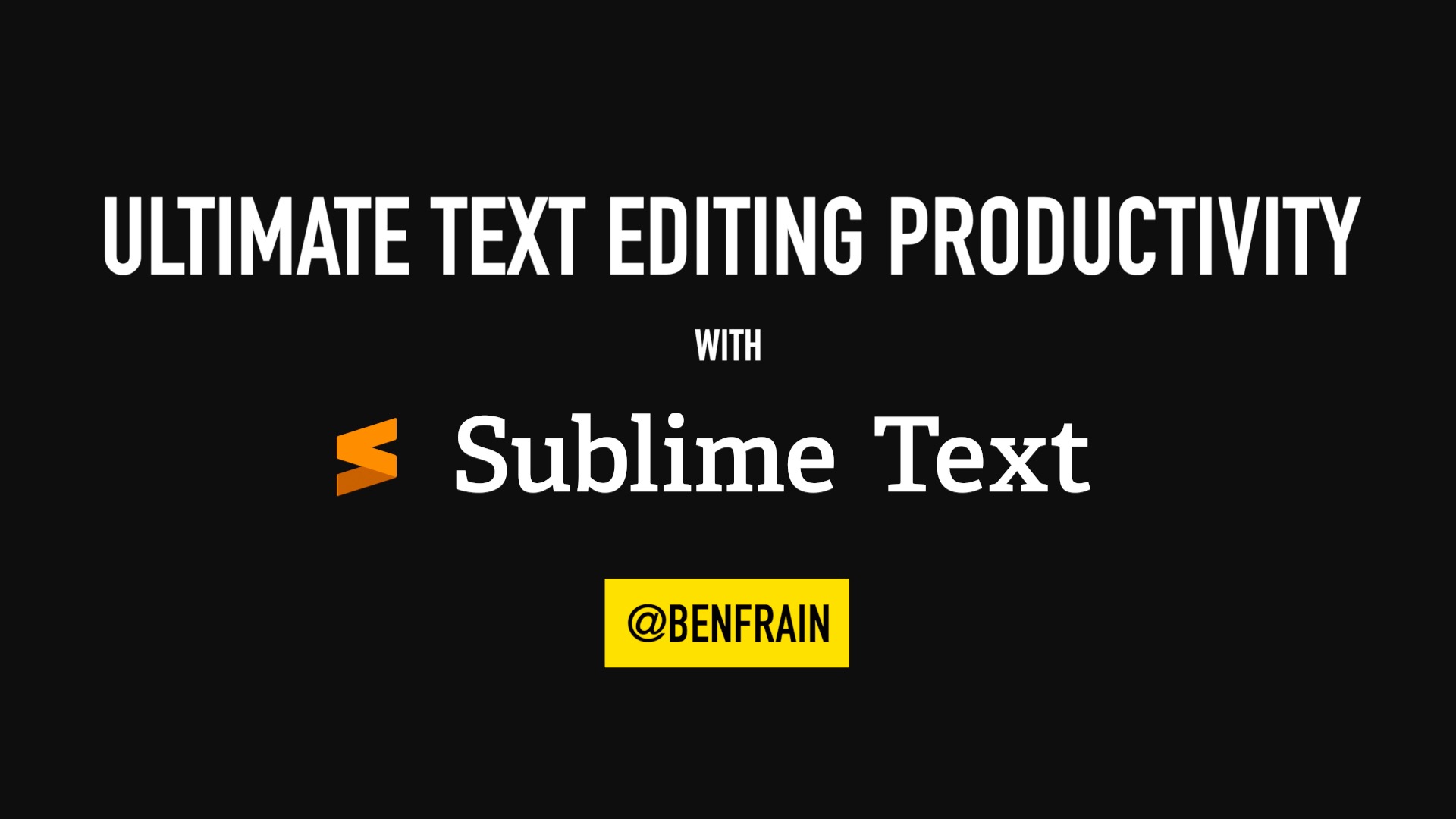 Prefer the YouTube version? I was chatting to a fellow front-end dev the other day as we were pair-programming and I watched him manually indenting code like some kind of…...
Next

Official CSS Nesting – the last piece of the puzzle

Back in 2013 I wrote one of the first books on Sass, “Sass and Compass for Designers”. While I believe it is the best tech book I have written, I…...